On Wednesday, December 20, 2017, Congress passed H.R. 1, commonly known as the Tax Cuts and Jobs Act (the “Act”), and President Trump signed the Act into law on Friday, December 22nd.  The Act makes significant changes to individual and business tax rules, and we invite you to read Williams Mullen’s update here.  Of interest and benefit to the alcoholic beverage industry, the Act includes the Federal excise tax reductions and certain other changes proposed in the Craft Beverage Modernization and Tax Reform Act (the “CBA”) (H.R. 747 / S. 236).  It is important to note that these CBA tax reductions and changes are, at present, only effective for 2018 and 2019 and will “sunset” after December 31, 2019.

Below is a summary table of the changes under the CBA, as implemented by the Act, comparing the current law with changes under the Act.  Click here for a full-screen version.  The table is divided into various topics, listed according to their applicability to wineries, breweries, and distillers, respectively. 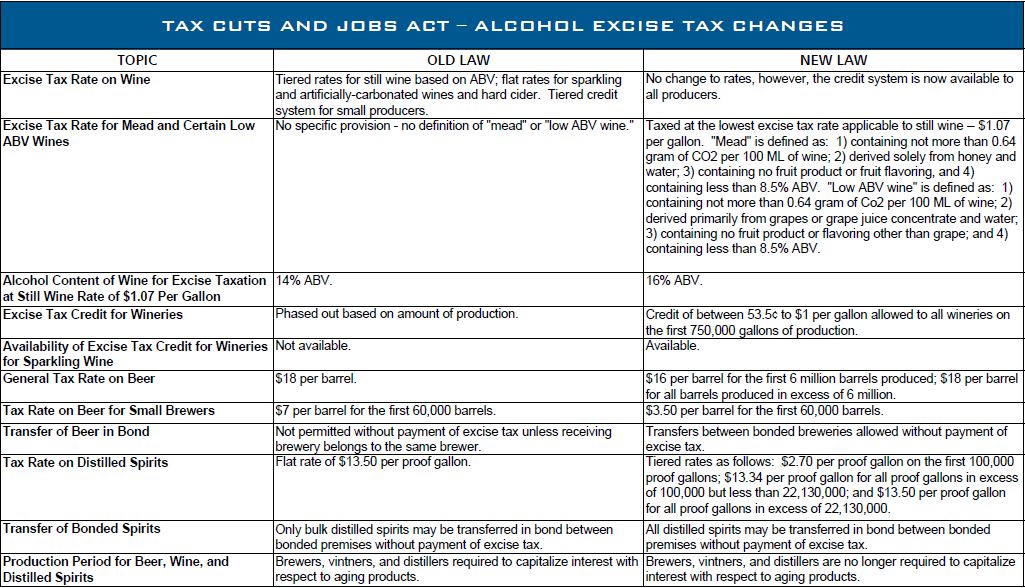