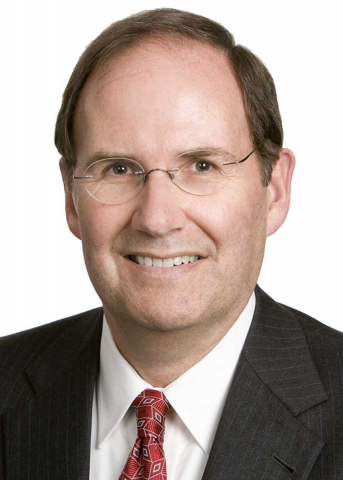 There’s a new sheriff in town.  Donald Trump’s election as President is likely to lead to significant changes in environmental regulation for American businesses.  Some changes can (and will) take place very quickly, with the stroke of a pen.  These include revoking Executive Orders, such as President Obama’s Climate Action Plan, as well as agency directives and guidance documents.  Other changes will require rulemaking under the Administrative Procedures Act (APA) or legislation by Congress.

As a general matter, it’s safe to assume the Trump Administration will streamline regulations for American manufacturing, promote infrastructure projects, and remove impediments to the development of pipelines, coal mining, and other fossil fuels projects.  That could mean, for example, giving the green light to the Keystone Pipeline and the Dakota Access Pipeline, as well as opening up more public lands to energy exploration.

How quickly can President Trump roll back what he calls “job killing” regulations?  The answer is:  It depends.  Regulations that have been proposed, but are not yet final, can be pulled back by the Trump Administration.  Final regulations -- yes, even final regulations published in the Federal Register on the last day of the Obama Administration -- are more difficult.  They must go through the APA rulemaking process to repeal or amend them, and that’s not something that can happen quickly or is easily done.  The rulemaking process requires justification, lest it be challenged and deemed “arbitrary and capricious” by a court.  The Clean Power Plan, the Mercury and Air Toxics Standard, the Cross-State Air Pollution Rule, the Ozone National Ambient Air Quality Standard, and the Clean Water Rule are all final rules that would take time to revise or undo.

There are other ways the new Administration could address regulations it does not like.  It could de-emphasize their enforcement or ask Congress to withhold or not appropriate funds to implement them.  As to final regulations issued at the last minute by the Obama Administration, Congress could use the Congressional Review Act (CRA) to pass a joint resolution disapproving of the regulations.  A regulation becomes void if the President signs the resolution or if his veto of it is overridden by two-thirds of both houses.  Congress has passed such resolutions in the last few years, but President Obama has vetoed them, and Republicans lacked the votes to override them.  The Obama Administration is poised to push through last minute rules, such as amending the Clean Air Act’s Risk Management Program and restricting methane emissions from oil and gas production, but whether the CRA will be used to void them remains to be seen.

While industry is feeling pretty good at the moment about the Trump Administration, just because President Trump has the ability to do certain things doesn’t mean he will do them.  It’s a sure bet that almost every industry and special interest group will claim the regulations affecting them (environmental and otherwise) are incredibly onerous and must be rolled back.  They’ll have a sympathetic ear, but they shouldn’t count on any specific outcome.  Campaigning is not the same thing as governing.   Unless the new Administration misreads public sentiment, it will realize people want the environment to be protected.  (Despite the rhetoric of some, is there really anyone who wants dirty air and water?)  Environmental laws and regulations are what have allowed our country to make such significant progress since the 1970s toward a cleaner, healthier environment.  So while there may be some regulatory roll-back, particularly in areas where EPA and other federal agencies have overreached, it’s unlikely we’ll see a wholesale repeal of 45 years of environmental law as some fear.

With that said, there are two regulations that will be in the Trump Administration’s cross-hairs from Day One:  the Clean Power Plan and the Clean Water Rule.  Let’s focus on the Clean Power Plan, which is the Obama Administration’s signature achievement for reducing greenhouse gases from electric utilities.  It’s been controversial because it sets carbon emission budgets for each state based on how power is produced there and then gives them a choice:  (i) meet the budget by requiring electric utilities to capture carbon emissions using a technology that, for all intents and purposes, is unworkable, or (ii) meet the budget by requiring actions of others to achieve those same reductions, e.g., require more generation of electricity by renewables.  (Admittedly, there’s more to it than that, but that’s essentially the choice.)  Twenty-eight states and others filed suit to block the Clean Power Plan, and the U.S. Supreme Court took the unprecedented step of staying the rule’s implementation until it made its way through the courts.  The D.C. Court of Appeals heard the case on September 27, and a decision is expected early next year.  The odds are that the decision will be along party lines, with six Democrats voting to uphold it and four Republicans voting to overturn it.  (Judge Garland recused himself since he was President Obama’s nominee to the Supreme Court.)

What then?  The Supreme Court clearly will take the case, and the question will be whether the Justices hear it before President Trump’s nominee dons the black robe.  The answer is probably no.  In cases of national importance such as this, the Court often will wait to hear it until it has a full complement of Justices.  That seems likely to happen here.  If that occurs and the President’s nominee is true to form, then we expect the Clean Power Plan to go down to defeat 5-4.  Moreover, we expect the Trump Administration to tell the Court that the Executive Branch no longer supports it.

The Trump Administration may take other actions in the meantime as to President Obama’s Climate Action Plan (prediction: gone immediately), the Clean Power Plan, and the Paris Climate Accord, but mixed messages are being sent.  On November 22, President-Elect Trump said he was keeping an “open mind” as to whether to pull out of the Paris Climate Accord.  But on December 7, President-Elect Trump nominated Scott Pruitt to be EPA Administrator.  Mr. Pruitt is the Attorney General of Oklahoma and a leading and long-time critic of President Obama’s climate change policies and EPA.  In fact, he’s one of the architects of the litigation against EPA on the Clean Power Plan.  So despite the mixed messages, we suspect Mr. Pruitt’s nomination confirms how the Trump Administration plans to address climate change.

So what will NGOs do once January 20 rolls around?  Without friends at EPA – and yes, there will be significant personnel changes throughout EPA Headquarters and the Regional Offices – NGOs can be expected to ramp up their filing of citizen suits.  More suits will be filed to block fossil fuel projects, and more suits will be filed against manufacturers and other industry to enforce environmental laws that the NGOs will allege EPA is not enforcing as vigorously as it should.  Many of these cases may get a sympathetic federal judge.  Also, just as occurred with states with Republican Governors and the Obama Administration, states with Democratic Governors can be expected to file suit against the Trump Administration to block certain regulatory actions, such as the roll-back of regulations.