In the November 2017 edition of Williams Mullen On Call, Jim Bailey recapped the previous year's activity for senior housing transactions. Read the intro below and click the image to read the full article.

Through the first three quarters of 2017, the market has continued to see steady deal flow in senior housing, with some sluggishness over the summer months. The dollar value of senior housing transactions for the first half of 2017 alone was over $11 billion. This article discusses recent trends in the senior housing industry from financial and transactional standpoints.

Senior housing already has experienced several different economic phases since the beginning of the 21st century. First, a boom market. Second, a recession characterized by falling occupancy and falling values. Then, a recovery phase with rising values tied to an expansion phase marked by still-rising occupancy, increasing rents, rising values and new construction. Many experts believe we may have begun to enter a hyper-supply phase marked by declining occupancy, continued rapid construction and possible overbuilding. For more, click below. 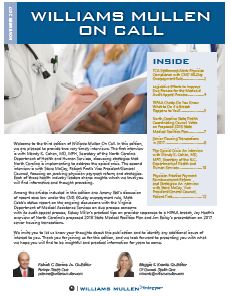