On March 12th, the Virginia General Assembly adjourned sine die after an extremely busy “long session.”  During the blockbuster session, the legislature considered over 3,000 pieces of legislation, of which 1,350 passed, 1,366 were defeated or carried over to the 2021 Session, and 284 were consolidated into other bills.

The 2020 legislative session was a historic year for clean energy legislation with the passage of several important bills, including the Virginia Clean Economy Act (VCEA).  The overall goal of the VCEA is to reduce Virginia’s carbon emissions to zero by 2045.  The VCEA includes several important provisions that are expected to spur and accelerate the growth of solar and onshore wind projects in Virginia, and offshore wind projects off the coast of Virginia.

In addition to the VCEA, the Virginia General Assembly passed several other important renewable energy bills this session.  They include (among many others):

While these bills have passed the General Assembly, Governor Northam may still offer amendments to be considered during the General Assembly’s Reconvene Session, which is currently scheduled for April 22, 2020.  For a general summary of the VCEA and other renewable energy bills, please click here. 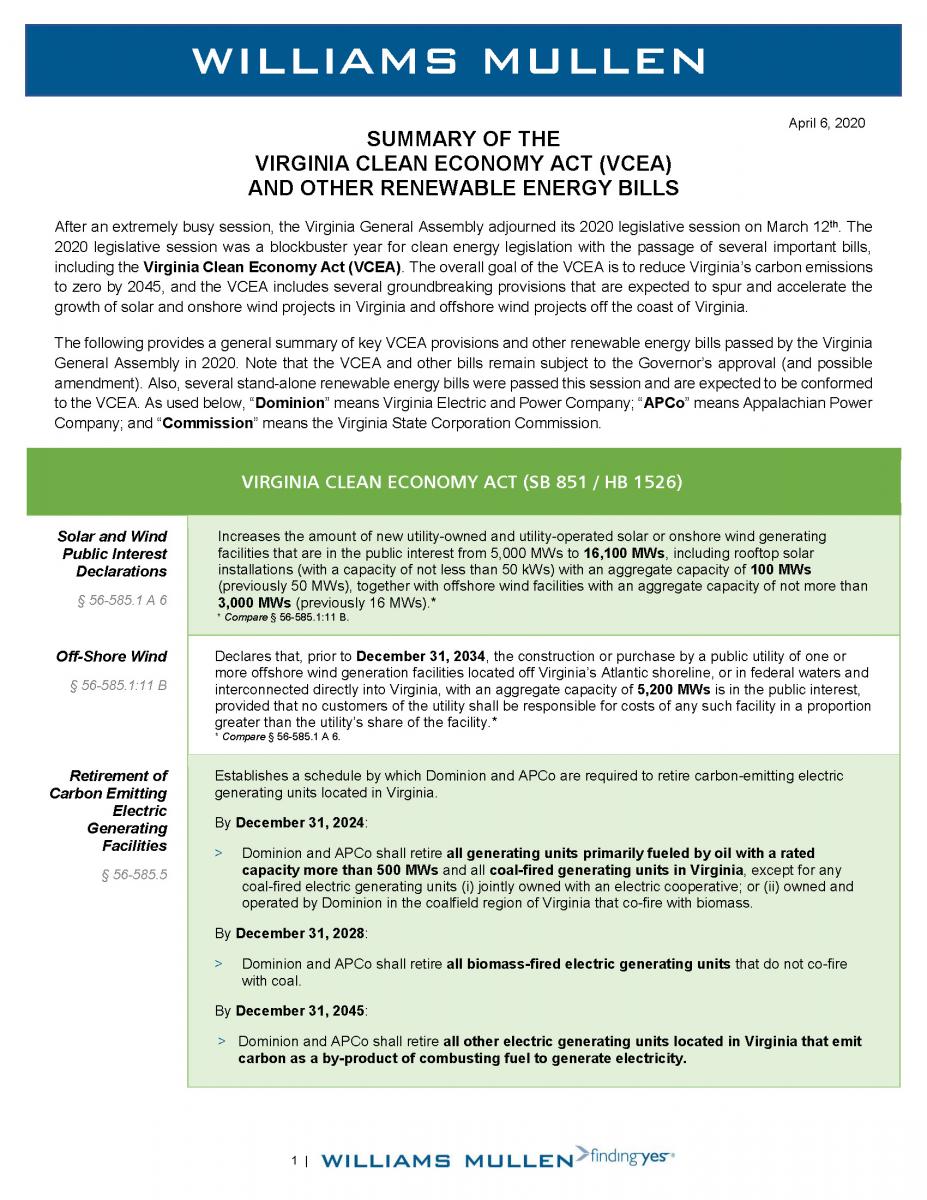