On November 17, 2014, craft brewer Aviator Brewing Company filed an action in the United States District Court for the Eastern District of North Carolina, seeking a declaration from the Court that its MAD BEACH beer label does not infringe any trademark rights of California-based brewer Table Bluff Brewing, Inc., d/b/a “Lost Coast Brewery & Cafe.” 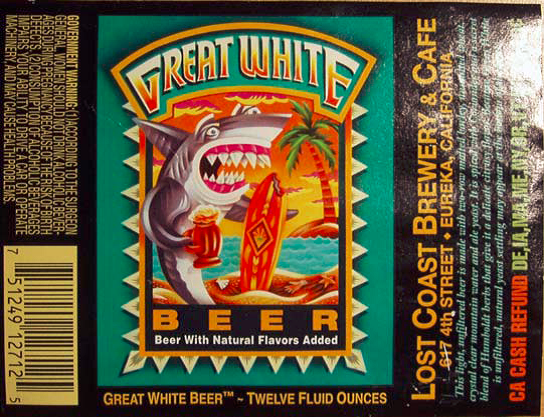 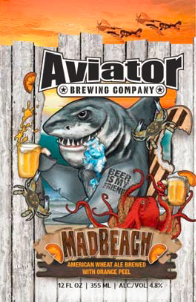 On November 14, Aviator was granted a motion to dismiss the California lawsuit, on grounds that it was not subject to personal jurisdiction in that district.  Three days later, Aviator filed its declaratory judgment action in North Carolina.

In its action, Aviator charges that the respective names, “Mad Beach” and “Great White Beer,” are “entirely dissimilar.”  In addition, Aviator notes that the parties’ respective house marks, “Aviator” and “Lost Coast Brewery & Café,” are prominently depicted on the labels, further dispelling any potential consumer confusion.

The “only similarities” between the two labels, Aviator asserts, are the “sharks drinking beer” and the “surf boards with shark bites.”  Aviator maintains, however, that these are mere conceptual similarities, and that “[n]umerous third parties use sharks and shark imagery to sell alcoholic beverages, [including] beer.”

Trademark battles between breweries are far from uncommon.  Earlier in 2014, for instance, Maryland-based DuClaw Brewing Company filed suit in Maryland district court, alleging that Left Hand Brewing, located in Colorado, had infringed the names of two of its beers, Sawtooth and Black Jack.  And, in 2013, Vermont-based Magic Hat Brewing sued West Sixth Brewing, out of Kentucky, for alleged infringement of the logo depicted on the label of its flagship #9 beer.  The latter case has since settled, with West Sixth Brewing removing a star from its beer label logo.